“Shortcake, Grease, Marbles & Vega were a force of female resplendence, Girl Gang glowing in the gleam of their combined manifest destiny. “ 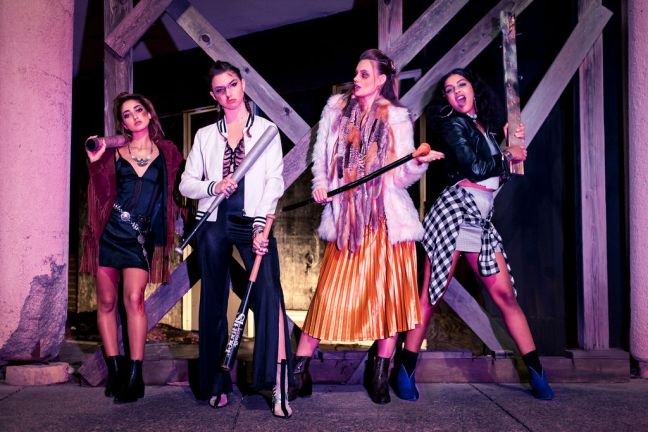 As sunset set in, they met at The Crossroads to fight over asphalt cracked & uncared for by Man Kind, who sealed Mother Earth in tar sparkling with shattered glass. Man Kind overpowered & pushed maiden, mother & Gaia into parking lots, refugees in the sticky stench of stark blacktop.

Shortcake commanded a caravan of vehicles to The Crossroads; Pink Slips prized reliability; always on the move, their cars were home.

Grease soared over the speedbumps of the entire world, careening to The Crossroads in her custom, coffin-tanked machine, a solo Rumble Stripper split from her pack, pulse racing louder & faster than her pipes.

Shortcake stood in the center of the convergence, the conclave composed with the tangible energy of an idea whose action is absolute. She addressed the delegates, ringing revolutionary confidence.  “We need more than a bit of abandonment each. Man Kind’s equality is self-evident & without thought toward others’ lives & liberties.  We always make it work, but we deserve better.  We are better.”

“Rumble Strippers are our brave allies:  Maul Rats, our brainless enemies:  The Brides deserve respect for their brutal brand of peace.  This is the start of a new way, & we are leading the way.  Keep the sacred honor of your colors, but lets go together under Girl Gang & dismantle the Institution of Man Kind.”

Shortcake, Grease, Marbles & Vega were a force of female resplendence, Girl Gang glowing in the gleam of their combined manifest destiny.

The Institution was crisp, sterile, & crawling with Man Kind.

Grease pried an exhaust pipe from a rusty wreck, the fringe of her jacket flying as she sped toward the crowd, never slowing or stopping.

Shortcake absorbed & reflected every color, golden chainmail glittering truth in an evening destroying despair.  Her weighted words were weapons of governance with the declaration:  “Man Kind has destroyed decency: Girl Gang is the new guard of future security.”

Her shillelagh swing blurred, loaded with lead, & landed the killing blow that tied the litany of tyranny together, imploding Man Kind with the fresh fertilization of newfound nature.

The Girl Gang separated, the heels of their boots hammering echoes into the hard earth & neon night that reached far past them, around them, & into the darkness that shortly thereafter, forever, grew brighter. 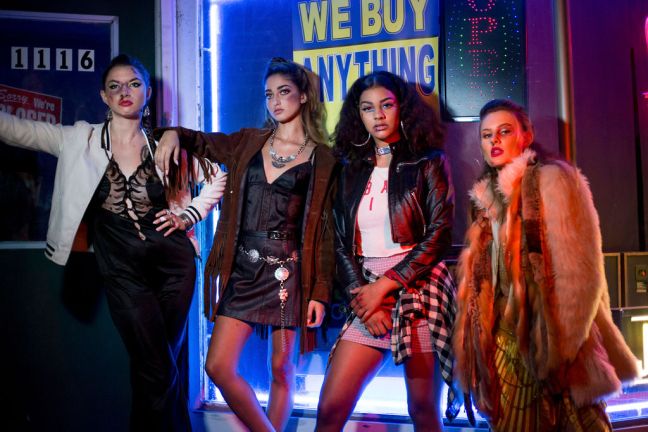